The race to end female genital mutilation and other harmful cultural practices by 2030 as envisaged by SDG 5 target 3 is on course. There is more awareness and sensitization on FGM than there has ever been in the history of humanity. High level meetings, policy documents, Social media campaigns, grassroots interventions and passing of anti FGM laws has been the order of the day.

What if everyone understood what FGM is?

How far could we be in this fight against FGM if everyone understood FGM is a harmful cultural practice that has no medical benefits whatsoever. What if we did not have to use “Complex” terminologies to define it.  What if the communities surely understood the need to abandon this deep rooted culture without finding alternatives like medicalization?

What if all men said no to FGM?

Men yield immense power over different aspects of women’s life’s as bread winners, political leaders, religious leaders, police officers, judges, military personnel, elders/traditional leaders among many other spheres of life. Unfortunately, most if not all reasons for FGM are linked to increasing marriageability of women and girls.

What if all men said no to FGM and used their positions in the society as fathers, brothers, cousins, preachers, sheikhs, president, judges etc. to advocate for the end to this harmful culture?  I am yet to find any reason as to why they are not doing it but I would say a little massage to their egos by wooing them to join this movement would do more good than harm.

What if we arrested and prosecuted all perpetrators of FGM?

Just imagine arresting everyone in a country or community where the prevalence of FGM is 98% or above? Where do you begin the arrests? Who do you arrest and who do you leave out?  This simply tells us laws alone cannot end FGM we need to couple them with massive sensitization and other interventions like improving access to education among others.

What if we hired cluster professionals to help grassroots organizations manage their work?

Well there has been an outcry to focus on grassroots led movements and organizations. I will say this is a wonderful move that makes sure people who truly understand the communities are in charge of the interventions. It also makes sure there is minimal resistance to the interventions.

But how do we make sure that these organizations adhere to donor funding guidelines and requirements in their work. Many of them have fallen aside after being audited and being found in violations. How do we deal with this going forward?

Can we identify passionate groups and stop being so ill bent towards the structures that are just formalities? Is it possible to have tailor-made structural support? How about the parent organizations hiring regional accountants and project officers that offer real time guidance and supervision to these inexperienced but very powerful grassroots organizations? 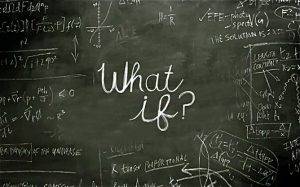 What if all religious leaders supported the fight against FGM?

Fact! FGM is not supported by any major religious texts and moreover many religious leaders believe that this tradition should end. What if all the religious leaders took it upon themselves to spread the end FGM gospel to their congregants and followers religiously? Remember they yield massive power and following in their communities and most communities adhere to a certain religion.

Are we ready to face the controversy that surrounds ending FGM and religion? Do the religious leaders fear losing followers and community backlash if they push too hard?  Well it’s time to mobilized, train and support our religious leaders to join the movement, own it and be proud to be associated with the end FGM fight.

What if there was enough political goodwill in the fight against FGM?

Imagine if politicians from all walks of life said no to FGM and meant it? I used to wonder do these politicians understand the harm caused by this harmful cultural practice? Then I realized majority of them will not dare subject their daughters to this harmful practice. They ride on the ignorance of the masses to support this culture just for political gain. But am also happy to report many are slowly joining the movement but we also need to woo them and praise them when they do so. What do we lose by doing this?

What if everyone who knows what FGM is sensitized their immediate family and friends?

We have had hundreds of thousands if not millions of community members, teachers, religious leaders, medical practitioners and humanitarian workers sensitized about it. Does this message end at the hotel rooms, community halls, churches or international gatherings or does everyone take up the responsibility of amplifying it?

What If everyone made it a responsibility of sensitizing their immediate family, friends and colleagues after these gatherings I bet we could be way ahead. Oops! sorry but the talk is mostly on how much was the allowance for the gathering.

In summary it is time to do what ought to be done to end harmful practices. It is time to face controversies head-on, be real and walk the talk to end FGM and other harmful cultural practices. 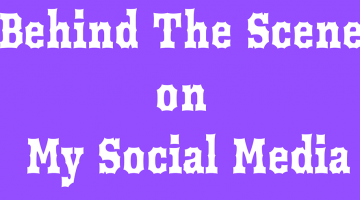 My Conversation with a youth FGM Sympathizer

Posted by Tony Mwebia - November 17, 2018 15
I have decided to occasionally publish my behind the scenes conversations trying to convince Female Genital Mutilation sympathizers’. This is…

Posted by Tony Mwebia - August 21, 2017 0
In July 2017 I spent two weeks in Kampala, Uganda with fifteen most amazing, brilliant and multi-talented youth drawn from…